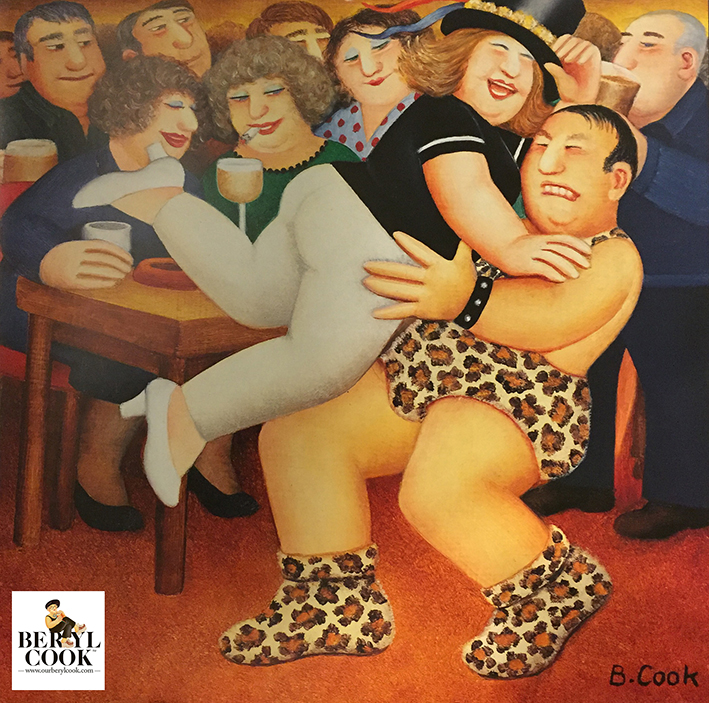 “When Sue told me that she’d had two special hats for her party I decided to paint another picture.  She also told me that Tarzan had tried to get her up on his shoulder but had been quite unable to manage it.  I felt I needed to show the supreme effort he made, so I gave him a look of anguish.  I think poor Tarzan has probably retired with a hernia by now.” Beryl Cook