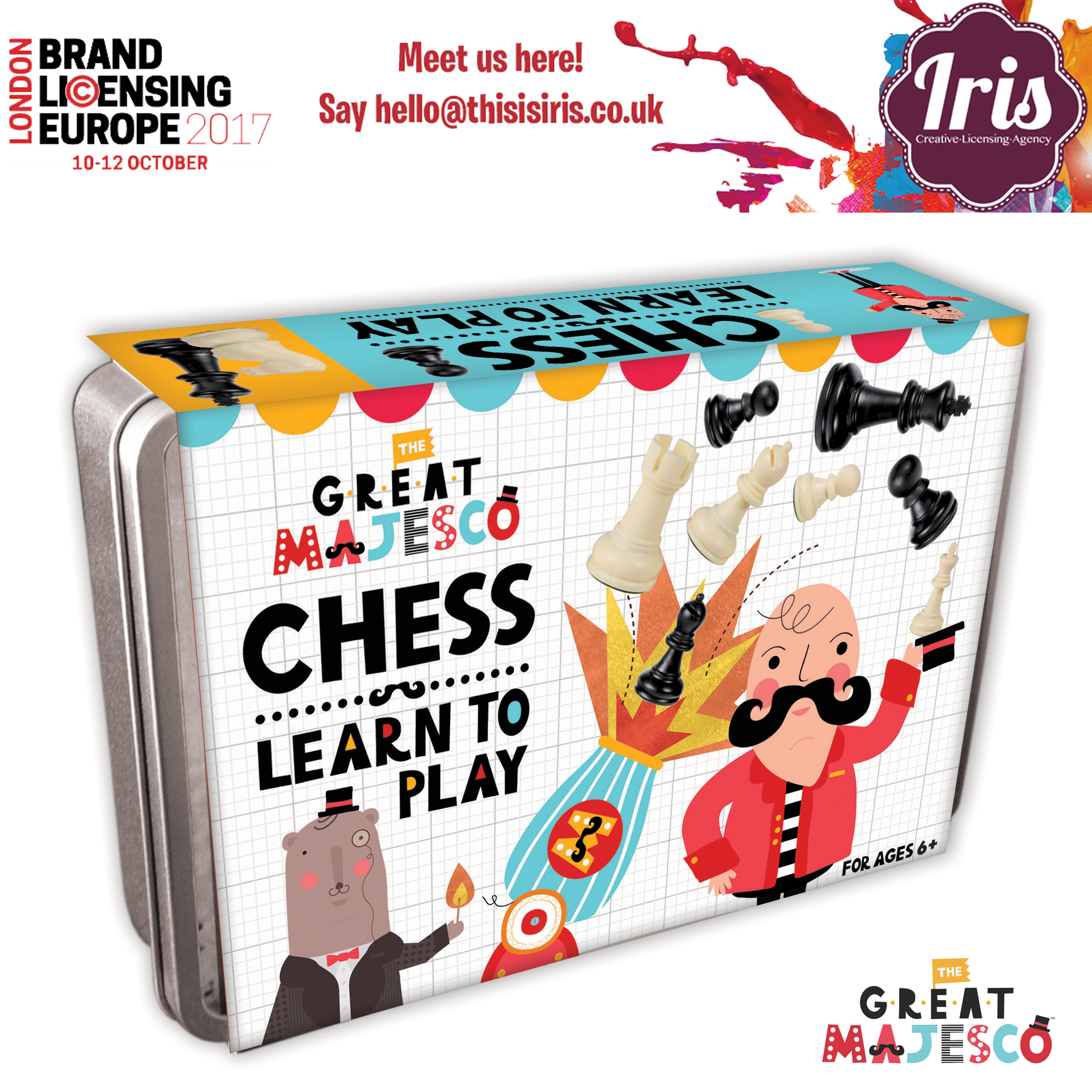 Initially developed as a picture book series, this colourful group of characters went on to become the hosts of a large number of gift and toys by partners Robert Frederick.

Following on from the success of the first range of toys and gifts launched in 2016, licensing agency, Iris are pleased to announce that the range has been extended again which will see the addition of a new Learn To Play range, where children can follow instructions led by The Great Majesco himself.  Learn to Play: instruments, perform magic tricks and play games all with the help of this colourful character and his assistants!

The latest lines, which are currently in production include:

Outdoor play with Space hoppers and even your very own ‘Big Top’ tent.

and last but not least a Magic set packed with TGM very own tricks and puzzles!

TGM toy and gift range initially launched throughout Independent stores across the country can now be found in store at Waterstones and following a successful launch at Christmas we are also thrilled to announce that this fun range is now available at Morrisons.

Already established within Get Busy magazine by partners Kennedy Publishing The Great Majesco will continue to share his humorous antics with readers for the foreseeable future.

New stories have been developed with hope that The Great Majesco’s silly adventures will be available to readers soon.

“We are obviously pleased with the success of The Great Majesco,

an IP without any TV backing. The response from Get Busy readers and the sales from this fun new Learn To Play range has been fantastic with lots more to come!” Sarah Lawrence, Licensing Manager, Iris