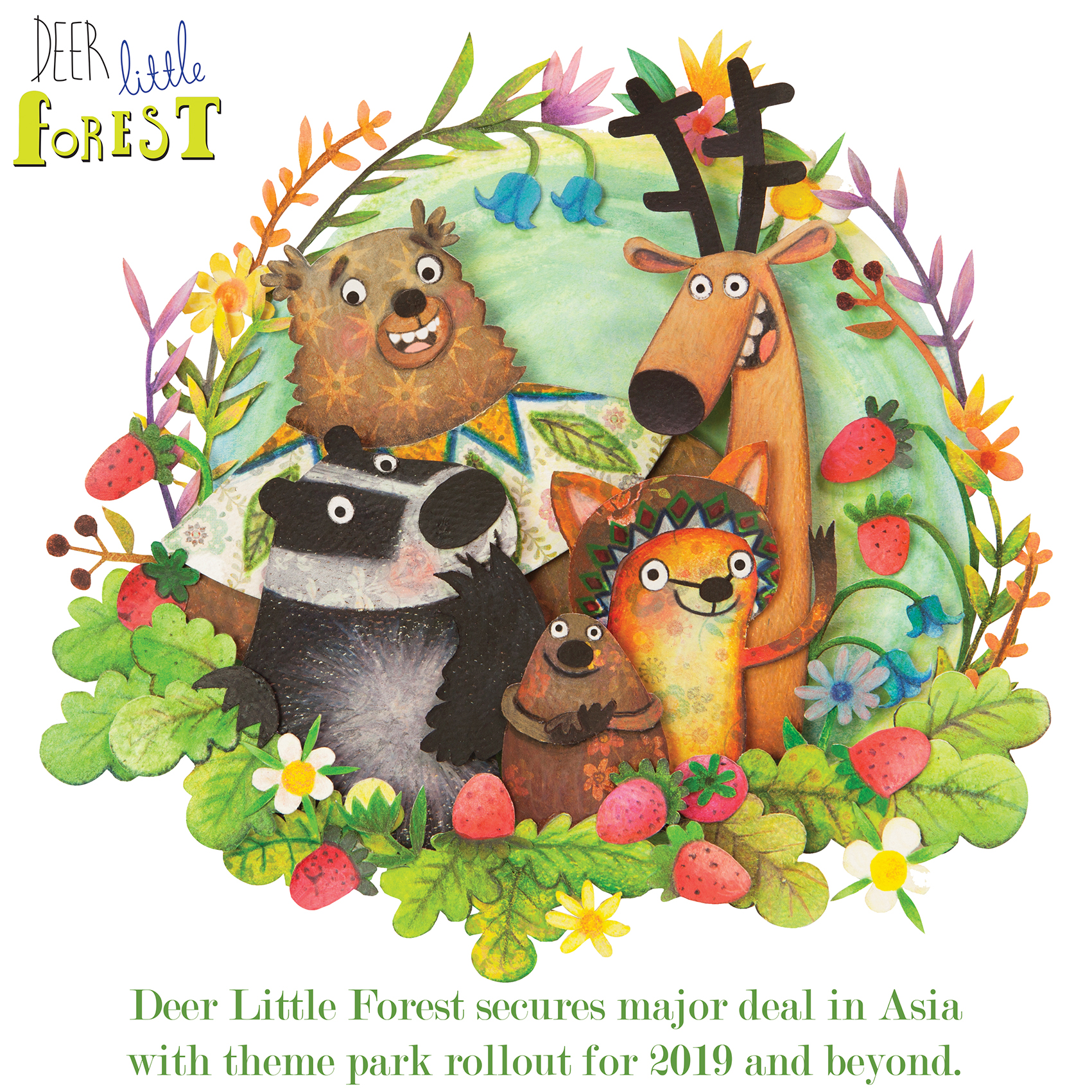 The deal – one brokered by the Tokyo-based Honmoku File and headed up by Nobutaka Nagai, a former agent for Disney’s park attractions in Japan, has been billed as a ‘tremendous testament to the power of Deer Little Forest’s appeal in the region.’

Arts and lifestyle brand Deer Little Forest is venturing into the Asian market in a big way with five indoor activity theme parks across Thailand, Japan, Malaysia and Singapore.

The first park – currently under construction – is scheduled to open in Bagkok in June next year.

The deal – one brokered by the Tokyo-based Honmoku File and headed up by Nobutaka Nagai, a former agent for Disney’s park attractions in Japan, has been billed as a ‘tremendous testament to the power of Deer Little Forest’s appeal in the region.’

It has notably been secured ahead of any apparel, toys or publishing deals in the region.

The indoor activity parks are aimed at children and their families and feature a range of educational, entertainment and sports activities. The facilities will also include a selection of cafes and shops, as well as hang-out areas for parents and carers to enjoy.

Deer Little Forest will be the official mascot of the parks providing the visual branding throughout the park as well as its own line of merchandise in all of the stores.
Artist and creator Jo Rose has already started created a full range of animal bakers, pilots, doctors, shopkeepers, construction workers and chefs that will host the various sections of the park.

The characters will also appear in a range of books relating to the activities in the theme park.

The first park, which will be called a localised version of Deer Little Forest, is scheduled to open in Bangkok in June 2019. A further four parks are planned in Japan, Northern Thailand, Malaysia and Singapore between 2020 and 2022, with plans to expand into China thereafter.

Nobutaka nagai, president of Honmoku File, said: “It is a real breakthrough for Deer Little Forest to be chosen to brand a theme park since typically these projects go to much more established and commercial properties who financially sponsor the parks.

“In this case, Deer Little Forest has been selected because of its potential to bring a fresh sense of fun and fantasy to the work experience theme park, thanks to the elegant and intelligent qualities of the brand.

“The result of this atypical choice of branding will result in a refreshingly original, unique and long-lasting identity to these parks – and a very promising platform for Deer Little Forest in Asia. We look forward to working together with Koko Rose Media to make it a great success.”

Lisa Hryniewicz, managing director of Koko Rose Media, added: “We are beyond thrilled with the opportunities that a DLF-branded theme park offers to reach fans in Asia. Not only will the park provide a solid platform from which to launch the property, but the fun, family-oriented educational environment provides the exact right value for the Deer Little Forest brand.

“From the start we have known that the art style of Jo’s work would have a special place in key Asian markets and we’re very lucky to start working with Honmoku File in Japan, who had both that vision and the experience in the market to follow through.

‘This first fascinating and massive deal was negotiated by Mr Nagai before a single t-shirt, toy or book has ever been in seen in Asia. This is a tremendous testament to the power of Deer Little Forest’s universal appeal and magnetic design.”