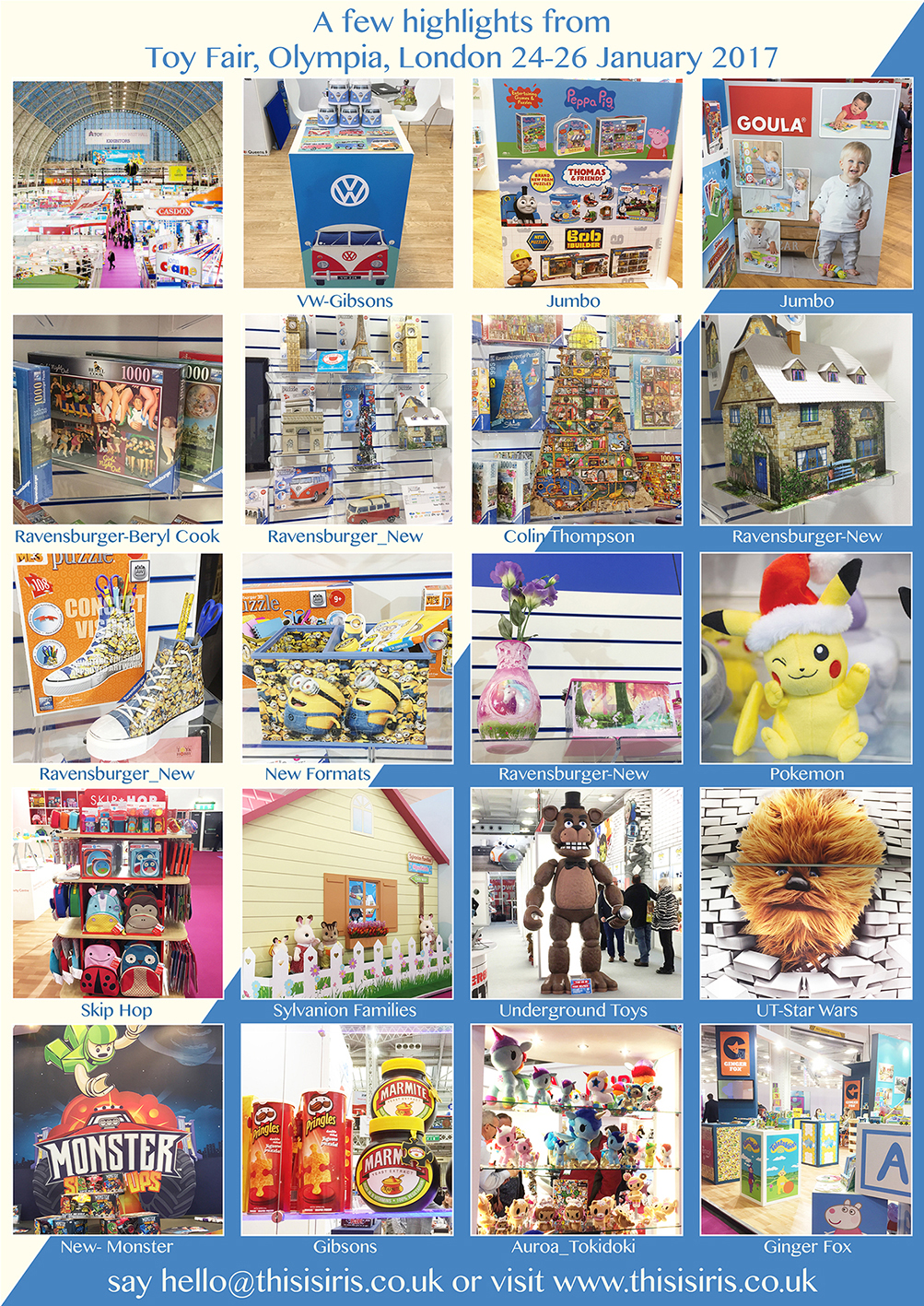 We have recently returned from The Toy Fair held at Olympia in London. Apart from attending our scheduled meetings we had the opportunity to view the latest inventions and see what this colour industry has in store for the year ahead. The fight for the top 2017 Christmas toy has officially began!

The Toy Fair is the UK’s only dedicated toy, game and hobby trade show taking place annually at the end of January. The toy industry’s showcase welcomes more than 270 companies exhibiting thousands of products to visitors including retailers, buyers, media and the wider industry.

The importance of Toy Fair for us it that we meet with several key partners ahead of the German shows, beginning this week. We use this opportunity to update partners on existing IPs and showcase our new collections. Elle & Everest, The Great Majesco, Slumberbean and new collectible Droplets were under review from new partners.

For us, some of the stand out brands were Star Wars and Pokemon with numerous lines launching at the show. In other categories we were interested to see what key jigsaw puzzle partners had developed. A product normally associated with rainy Sunday afternoons the new ranges by partners Ravensburger and Gibsons certainly showed that puzzles were more than just a hobby for grandparents!

Ravensburger have developed a number of well known licenses and created a range of dual purpose items such as vases, jewellery boxes and a desk tidy covered in Minions. In regards to their more traditional offering, Ravensburger have worked closely with their artists to create a huge range of 3D puzzles, from a Colin Thompson Lighthouse through to a light up Tower Bridge, Big Ben time piece through to large 3D cottages taken straight out of the original series. Gibsons have worked closely with recognisable brands and produced puzzles packaged the gifts in their correct branding – jars of Marmite and tubes of Pringles are just some of the items now available. We were obviously thrilled to see Beryl Cooks ‘Girls Night Out’ jigsaw by Ravensburger on their stand with news that this design is doing so well that we will be extending this collection soon!

The National Toy Awards announced the following as ones to watch for 2017:

For new creatives coming into this industry The Toy Fair allows you the chance to meet with industry experts who are on hand to discuss new ideas and showcase their exclusive new lines. This is definitively a show for your diary.

For more information and links to all 270 exhibitors click here: www.btha.co.uk/toy-fair